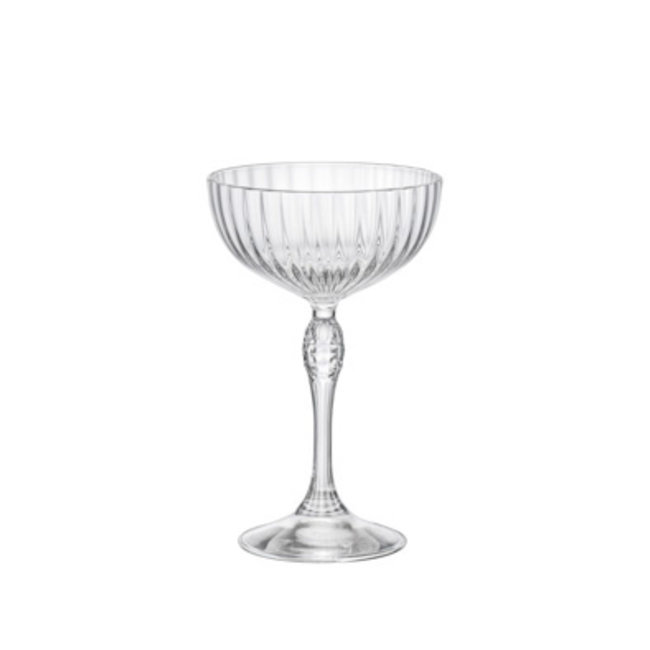 Bormioli was founded in 1825 in Fidenza, a town in the province of Parma, Italy, by Luigi Bormioli. In that year he moved from Altare to Fidenza to start his business there.

The name Bormioli had been known for centuries in the region of Altare, located in the hinterland of Savona. The name has been used as well-known glassblowers since the Middle Ages. The name "Bormioli di Altare" can even be found back to 1300 AD, in the archives of Savona, for the purchase of soda (sodium carbonate).

In 1825 Luigi Bormioli left Altare (province of Savona) and moved to Borgo San Donnino (renamed Fidenza in 1927) in the province of Parma. Luigi started a glassware business with money he inherited from his father. After Luigi's death in 1832, his wife Petronilla ran the company for the next 22 years, along with her three sons.

In 1854 the company bought the Royal Factory of Ceramics and Glasses Strada Farnese in Parma, and immediately changed its name to Brothers Bormioli Glassware. Over the next few years, the company mechanized its production and moved to a larger facility near San Leonardo.

In 1880 the company name was changed to Bormioli Rocco Glass and Son. After Rocco's death in 1893, his son Luigi took over. During the First World War, Bormioli Rocco remained an important company in the region for the next two decades. employs more than 1,600 people and has a worldwide sales network.

In the 1980s, the company acquired other companies in Italy and abroad and renamed itself again, this time as the Bormioli Group. The new company made glass products for the household sector and industrial packaging for pharmaceuticals, perfume, cosmetics and food.

WHY WE CHOOSE BORMIOLI:

In other words; Bormioli is a brand you can rely on!

0 stars based on 0 reviews

Add your review
By using our website, you agree to the usage of cookies to help us make this website better. Hide this message More on cookies »
30,000 + PRODUCTS
Delivery in all European countries
Fast Shipping