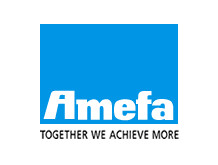 Rudi Hollaender, the eldest son of the Hollaender family, took over the management of the company in the 1970s. Under his leadership, Amefa grew into an international manufacturer and trading company of cutlery and kitchen knives. With a European network of companies, sales and service continued to develop.

Erik Hollaender, Rudi's younger brother, concentrated on new production opportunities in other regions, with a focus on Asia. Offices were opened in Hong Kong and more recently in China.

Fred Hollaender, the youngest of the three sons, took charge of the production company in Apeldoorn. Over the years, the production activities were phased out and the company turned into an international distribution center.

The group is now represented by Jean-Michel Parisy and Peter Hollaender, grandson of the original founder.

Their goal is to anticipate market needs and pursue a global expansion strategy.

This desire for success is supported by a skilled and passionate team, committed to making the Dutch family business indispensable in its market.

Amefa is a company specialized in the marketing and distribution of cutlery and stainless steel products for both table and kitchen. Amefa's mission is to be a valued, trusted partner that offers the benefits of a global business, but with the speed, commitment, flexibility and personal touch of a small business.

The Amefa Group has 7 subsidiaries in the Netherlands, the United States, Germany, France, the United Kingdom, Poland and Hong Kong that export to various countries worldwide, both to hospitality and retail customers.

All our products are subject to strict quality controls. Amefa is also committed to improving working conditions in our global supply chain, which is why we are a member of the BSCI (Business Social Compliance Initiative). 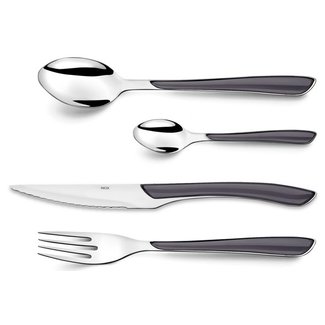 Eclat - Grey - Table Spoon - Stainless steel - (Set of 12)
€31,99
Page 1 of 13
By using our website, you agree to the usage of cookies to help us make this website better. Hide this message More on cookies »
30,000 + PRODUCTS
Delivery in all European countries
Fast Shipping